Taekkyon is a traditional martial art native to Korea 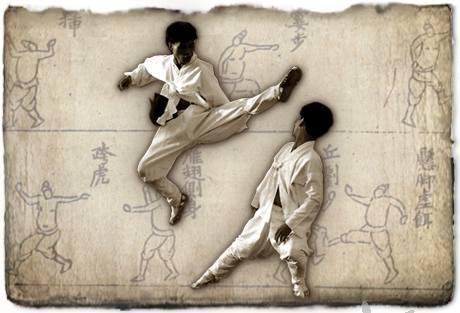 Taekkyon is a traditional martial art native to Korea. It originated around 2,000 years ago and centered around Manchuria and the Korean peninsula.   T'aekyon was called takkyon in the ‘Chaemulbo’, The Book of Treasures that was published during Chongjo's reign in the Choson dynasty. In the Dictionary of the Korean Language, it was called taekkyon and finally taekkyon.

On June 1st, 1983, taekkyon was acknowledged as one of Korea's traditional martial arts and designated as the 26th Intangible Cultural Asset. Since then it has enjoyed a resurgence boom, with many gymnasiums teaching the ancient art. There are even university clubs and on-line chat groups for enthusiasts of the sport. 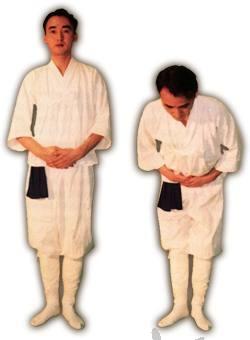 Taekkyon is not merely a combination of techniques for fighting. Its underlying philosophy, which the trainee must learn, is that of mutual prosperity through a competition of defense and attack, within the boundaries set by social ethics and moral code. The biggest merit of the art is to build a sound character and a strong mind and body.

In taekkyon there is no formalized code of etiquette. Instead it incorporates everyday decorum, but its aim is to build character and a deep appreciation of life. This is combined with the principles of attack and defense.

Expressions of respect in taekkyon are divided into two parts: the Up and Chol. Up is a half-bow which is usually done while training and when there is not enough space for a full bow, or Chol. Chol is performed at the start and end of training in the direction of the national flag, and connotes reverence to the highest leader; it is also performed before the opponent to show respect.

The Chol in taekkyon is based on the form described in the Anthology of Etiquette, written by Kim Chang-saeng in 1599.

As described by many, the forms of Taekkyon are smooth and though sometimes seem slow, they bear much power and the agility. The name itself is derived from ‘kick’, and the sport centers around the use of various kicking techniques. First of all, the basic stance called pumbalbkki should be faithfully mastered in order to understand and apply the movements. The rhythmic and flowing nature of Taekkyon make it suitable for women, both for fitness and self-defense.

Kyollyon is a folk competition where people from different villages come together to match their skills in T'aekkyon. Song Tok-ki, during the Choson dynasty, developed Kyollyon.

In addition there are techniques to kill the opponent in a single move but Song made it a policy not to use those deadly techniques. Among the variety of techniques and movements, some of the most basic and important motions are described below. This is a stepping motion in which you move your feet in a triangular motion, the form of the Chinese character pum.
Although it follows a certain rhythm and has a fixed order, the steps can change variously according to certain situations. Pumbalbkki is done by taking one step forward and shifting your weight to the other leg, back and forth. The basic moves for are done either on the right side, or the left side. You can repeat these moves by half bending your knees, and stretching back like a bow when stepping.

When these two coordinations are done in sequence, people say the form looks like a dance move. There are other variations called pumnaebalbk'ki, pumgilgaebalbg'gi, pumjjaebalbkki, pumjaegyebalbkki and so on. 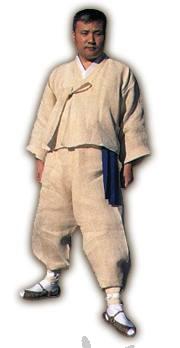 Hwalgaejit refers to the motion of waving both your arms. The intent of the motion is two-fold. One is to prepare for an opponent's attack and the other is to enhance the energy of the upper body. 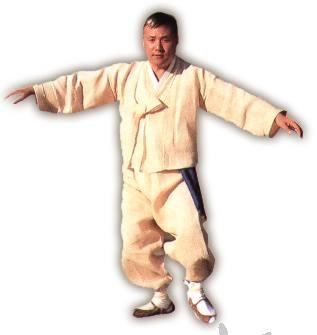 Ttanchuk means kicking the opponent's neck in a pushing manner. When it is done consecutively it is called pibigi. You kick with the foot's center corresponding with the body's central of gravity and aim for the target.

This is a powerful kick by reeling your foot toward you and almost all the kicks are this type of kick. The method is to bend the knees completely and lift the top of the foot to your face level.

The word ‘kaljebi’ comes from ‘kaljab'I’, meaning man holding the yoke. As if locking a yoke on a prisoner, you widen your thumb and the other fingers and strike the neck.

As if locking a yoke on a prisoner, you widen your thumb and the other fingers and strike the neck.

Having your hand sideways, you strike the opponent's neck and follow through by pushing. By exerting your weight to this attack, you can inflict severe damage.

It means to spin the body. Using the momentum of the spin, you can try various kicks like chjaechagi and huryoch'agi.

From the outside, you strike with the sole of your foot. You push kick so as to have him knocked off balance. 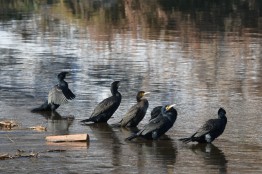 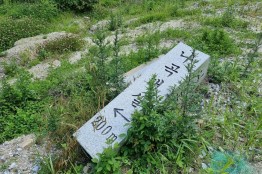 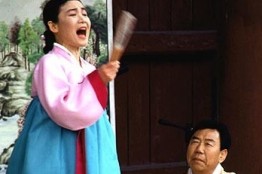 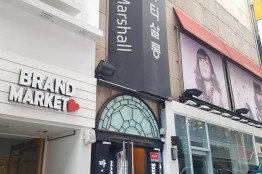 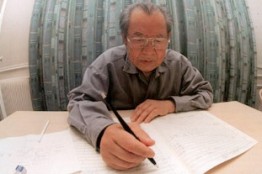 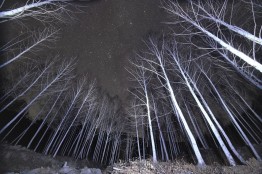 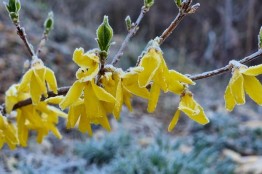 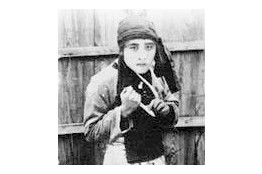 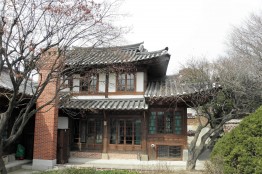 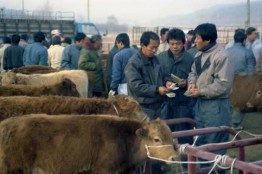 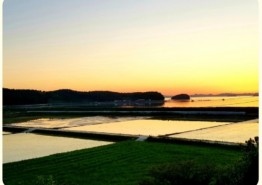 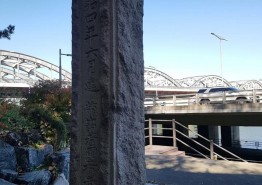 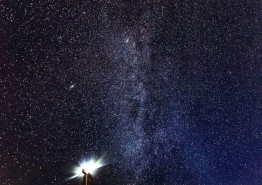 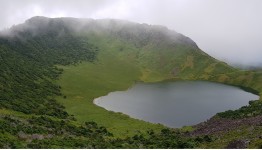